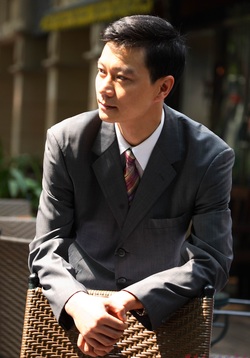 CPAZ' structure and procedures are written in a Constitution. The decision to amend the
Constitution can only be voted by the Council. Nonetheless, only the General Assembly can
decide on the amendments. The amendments enter in action 15 days after the vote.

Today, CPAZ relies on more than 250 people and 60 enterprises.

The General Assembly is the highest authority of CPAZ. Its members are elected for four
years. Each draft of resolution must obtain 2/3 of the votes to pass. The issues discussed
focus on CPAZ' structure and policies, that is why the members use the Coucil's report on
CPAZ's work and finance to discuss, write drafts and vote. The General Assembly, after
vote of the Council, votes amendments on the Constitution.

The duties of the General Assembly are:

- Creating and and modifying rules of procedures such as election methods;

- Electing and dismissing the representatives of the Council, the Supervisors and directors;

- Voting resolutions on CPAZ's action (which new issues should be dealt with, which one
should we stopped working on...).

The Council is the executive body of the General Assembly. Its members meet at least
once a year, but communicate regularly and can meet more often in exceptional
circumstances. To vote, at least 2/3 of the members must be present, and 2/3 of the
voters are necessary to pass a resolution. Whereas the General Assembly focuses on
structure, the Council determines CPAZ's daily work and can vote the amendment of
the Constitution.

The Council's duties are:

- Electing and dismissing the President, the Vice-Presidents and the General Secretary;

- Determining how many members are needed, voting for new ones or dismissing some;

- Deciding the creation of offices, branches, agencies in institutions;

Since the Council executes what the General Assembly, the highest entity, voted, the
selection of the members is strict: working in the Council requires personal and
professional experience to be able to comprehend the topics, the procedures and manage
the organization.

A person who wants to be part of the Council must be 18 years old at least and be
registered in a business unit or another social organization. The person must fill an
application form which will be read and discussed by the members of the Council. Members
can retire from the organization at any time, but must warn the Council which will discuss it.
Also, non participation to the Council's activities for a year or nonpayment of the
compulsory annual contribution automatically lead to the member's dismissal. Serious
violation of CPAZ's rules and procedures, or offensive behaviour are considered legitimate
reasons to expel a member from the Council and/or the organization.

Members who want to present their candidature for Presidency, VicePresidency or General
Secretary must be 25 at least, were never recognized guilty of any charge and be
recognized as experimented and competent members. The maximum age is 70 years old,
however exceptions can occur if the Council approves.

Members from the Council enjoy the following rights :

- The right to vote and present as a candidate;

- To participate to the Council's activities;

- Supervise the work of the organization.

They also have obligations:

- Safeguarding the interests and rights of the Council;

- Providing information on the Council's situation.

Secretary General has the following duties:

- Nominating Deputy Secretary and members of the offices, the reoresentatives and
leaders of agencies and the full-time staff;

- Taking care, in the name of the Council, of important issues.

The Standing Council is composed of seven members : the President, three Vice-Presidents, Secretary General, Vice-Secretary General and two Directors working in the law field. The number of executive
directors must not exceed 1/3 of the total number of directors. Its members are elected by
the Council between two session periods. The Standing Council, as the Council, follows the
"2/3 presence, 2/3 of the voter rule" and is responsible in front of the Council. Its members
have six months to convene a meeting.

5) THE BOARD OF SUPERVISORS

The Board of Supervisors is composed of the President, the Vice-President and General Secretary, as well as other supervisors. The Director of the
supervisors is not one of them. The Board works along the Council and the General
Assembly. Its members meet at least twice a year. Members who want to be Supervisors
must be recognized for their contributions to CPAZ, and be at least 70. They also must not
have been recognized guilty of any delit and crime. Finally, because a Supervisor's work is
capital (keeping an eye on CPAZ's action and recommend wisely) the Supervisors must have
a long professional experience in their private work, and in CPAZ. Their rights and duties are:

- Writing an annual report on CPAZ's work for the General Assembly;

- Supervising the General Assembly and the elections/dismissal process;

- Checking finances and informations for public authorities, for example in tax matter;

- Supervising and reporting the behaviour of the members.